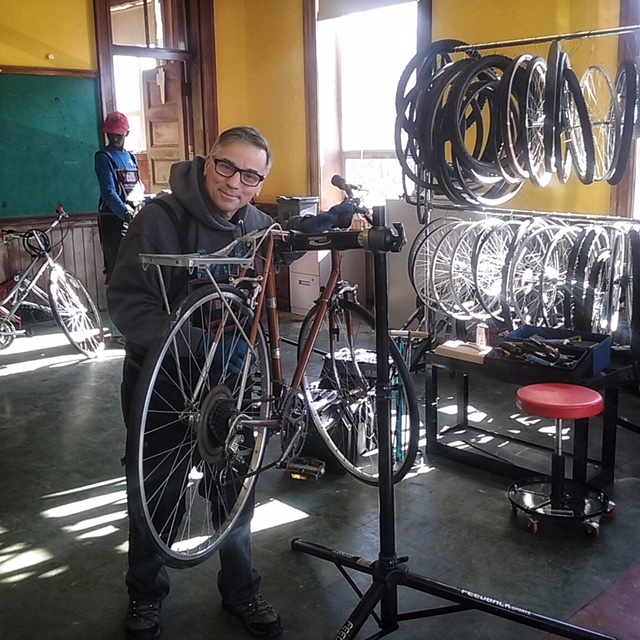 Tony Attardo’s photography is firmly rooted in the dinner table of his youth.

Around that table, Tony and his six siblings conversed with their parents, Joseph and Josephine. His father was a Marine, a WWII combat veteran of the Pacific. Like many of his fellow veterans, he instilled values in his children that he learned from experience:

“At home, the conversation at the dinner table wasn’t about food,” Tony says, “it was about respect; treating people with respect no matter where they were in life, or what they looked like. That was always the lesson at the dinner table, and that’s what we we were taught.”

A natural extension of that for Tony is a desire to help other people. He devotes time and his professional expertise to different nonprofits, including an organization that helps homeless people get back on their feet, and another that distributes bicycles to homeless adults and children. 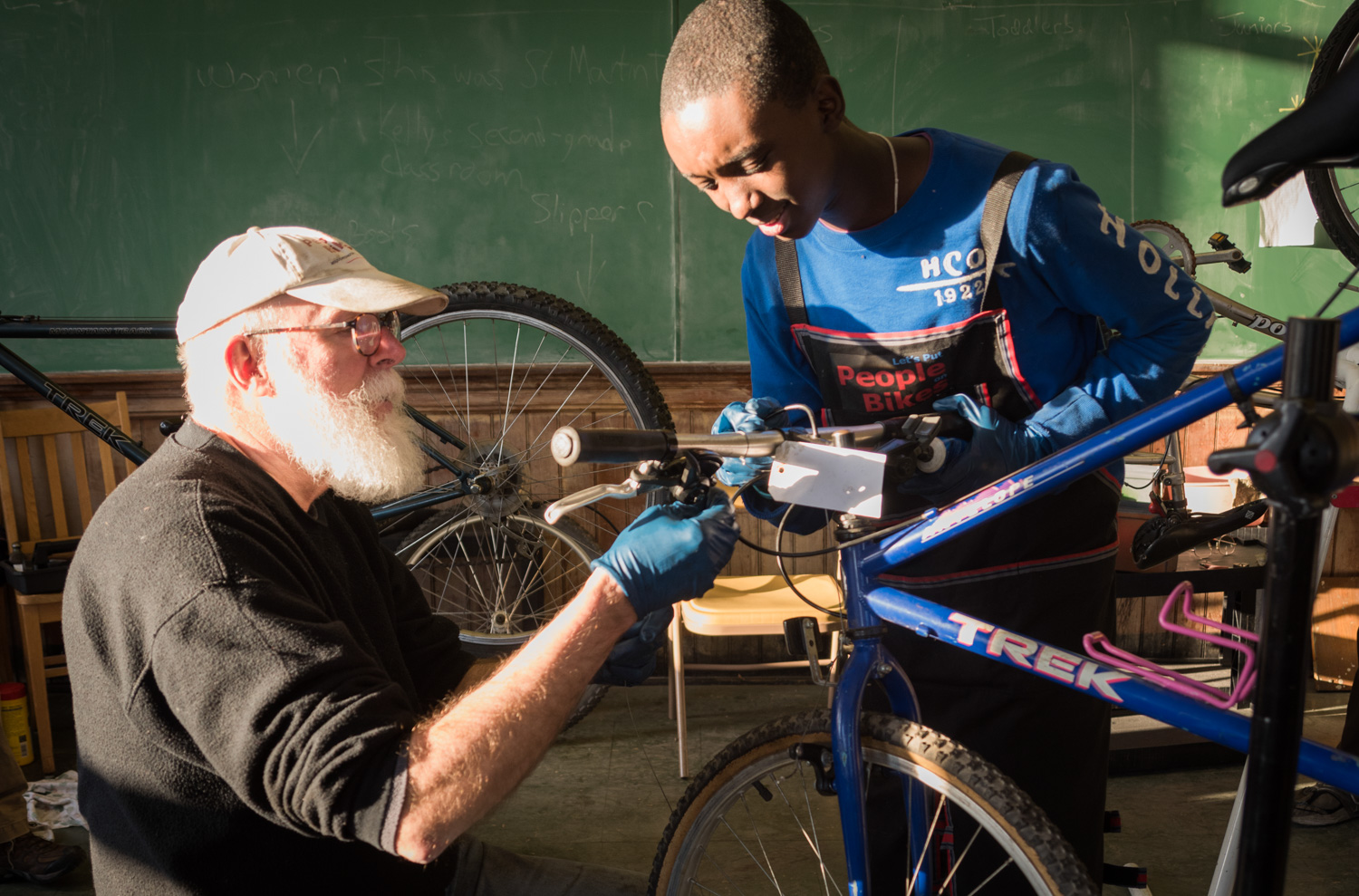 Deepening and Expanding the Conversation

Part of his work with the nonprofits is letting other people know about the organizations and the success that they’re having.

“The camera got me into the conversation a little deeper with the people that the nonprofits serve; who they really are, and some of the things they had to struggle with. One day I woke up to the fact that with the camera, I can talk about this with other people in much more powerful ways than I ever could before. I can explain in words that we have a 90% success rate, or that we gave away 37 bicycles in one afternoon to people from one of the seven homeless shelters in the city. But when you see an image that connects a person to that process, it does what the words alone can’t do. 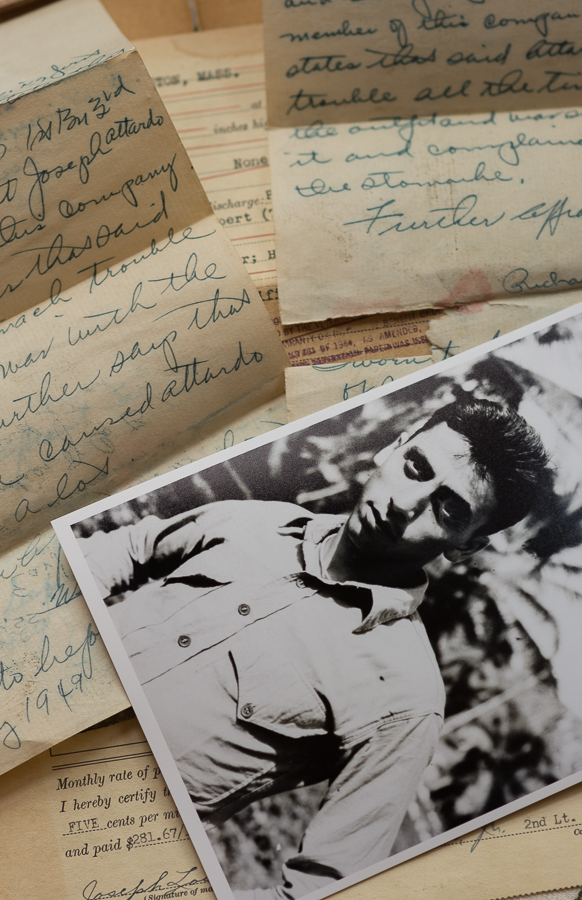 “Some of the photographs that I’ve taken are urban landscapes in tough neighborhoods. My approach is very low key. I usually study the place where I’m going to photograph so I understand the situation, and I try to be very street smart and watch my surroundings. Most of the of time, I will talk to people, and they let me in to their part of the world. I’ve taken on these projects because I want to show that these are really wonderful people.”

Tributes to His Dad and Other Veterans

Tony’s interest in people also drives his other projects. One is a heart-felt and sensitive tribute to his father in a series titled Just As He Left It. Another is his emerging series titled The Wall That Heals on the community surrounding The Moving Wall, the traveling half-size replica of the Washington D.C. Vietnam Veterans Memorial.

Why photograph around The Moving Wall?

“In factual terms, Vietnam Veterans as a percentage of the population, have less unemployment and fewer arrests despite all of the unbelievable anger that they had bottled up for years.

“And yet, the most important thing among those I talked with in the four places I visited is that we live in peace together, that we have respect for each other, and if you disagree with each other, just talk it out. That was universal across everyone that I met in my travels during this project. They don’t care what party you are—they don’t care about that—just talk about it; that’s the best way. We’re all in this together.” 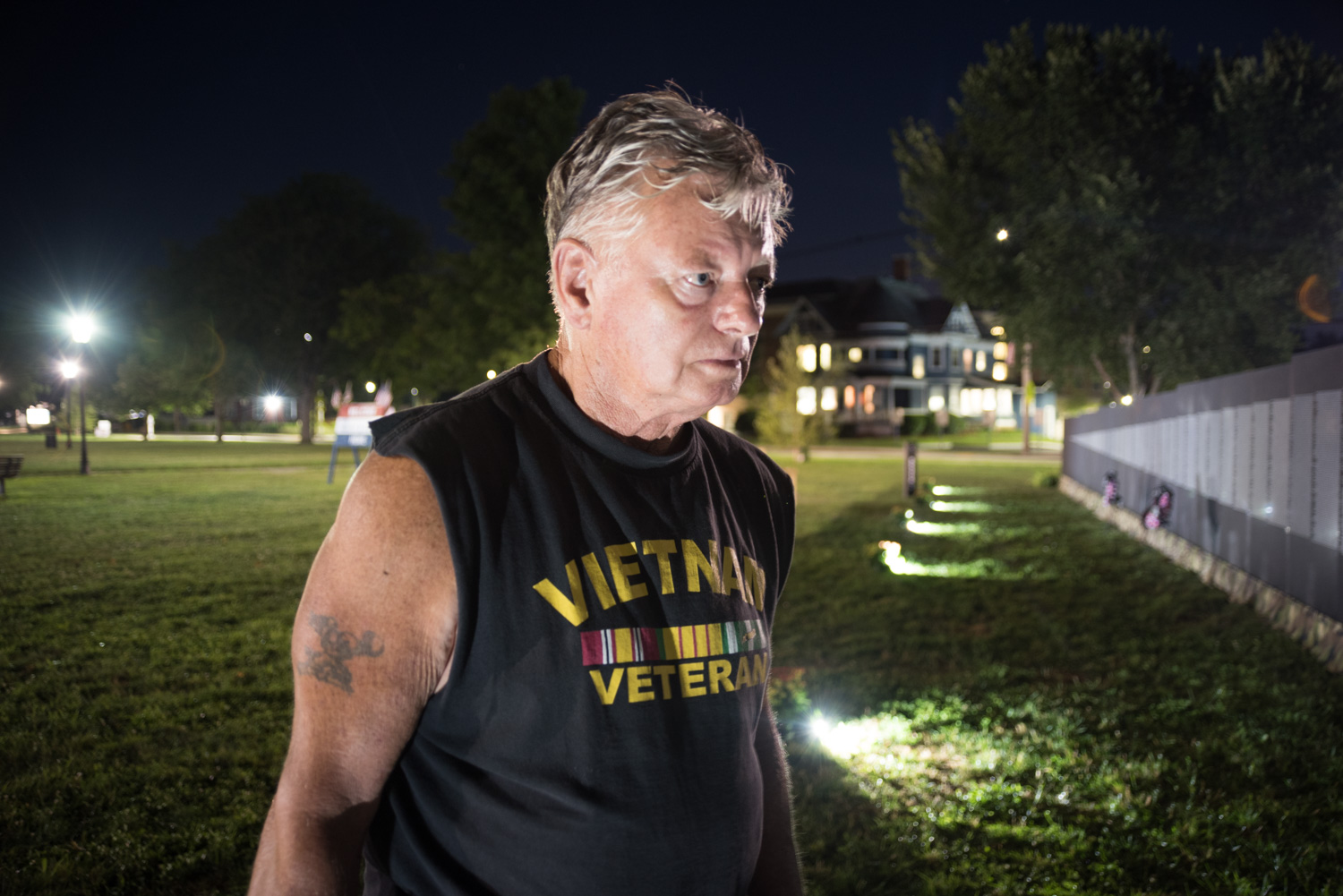 “Nightmares” from the series “The Wall That Heals” by Tony Attardo

The Driving Force of His Art

“I continuously have this idea, this thought in my mind: The search for human dignity and how to photograph that, and how to talk about it.

“To me, the camera is a way to help people, to bring our cultures and lives together. As we live through these days, it becomes more and more important that that message of dignity and respect is passed from my generation to the next, and the next.

“That’s it in a nutshell. To me it’s important to show that there are a lot of good people in this world. I’m convinced that majority of people are good at heart and very helpful.” 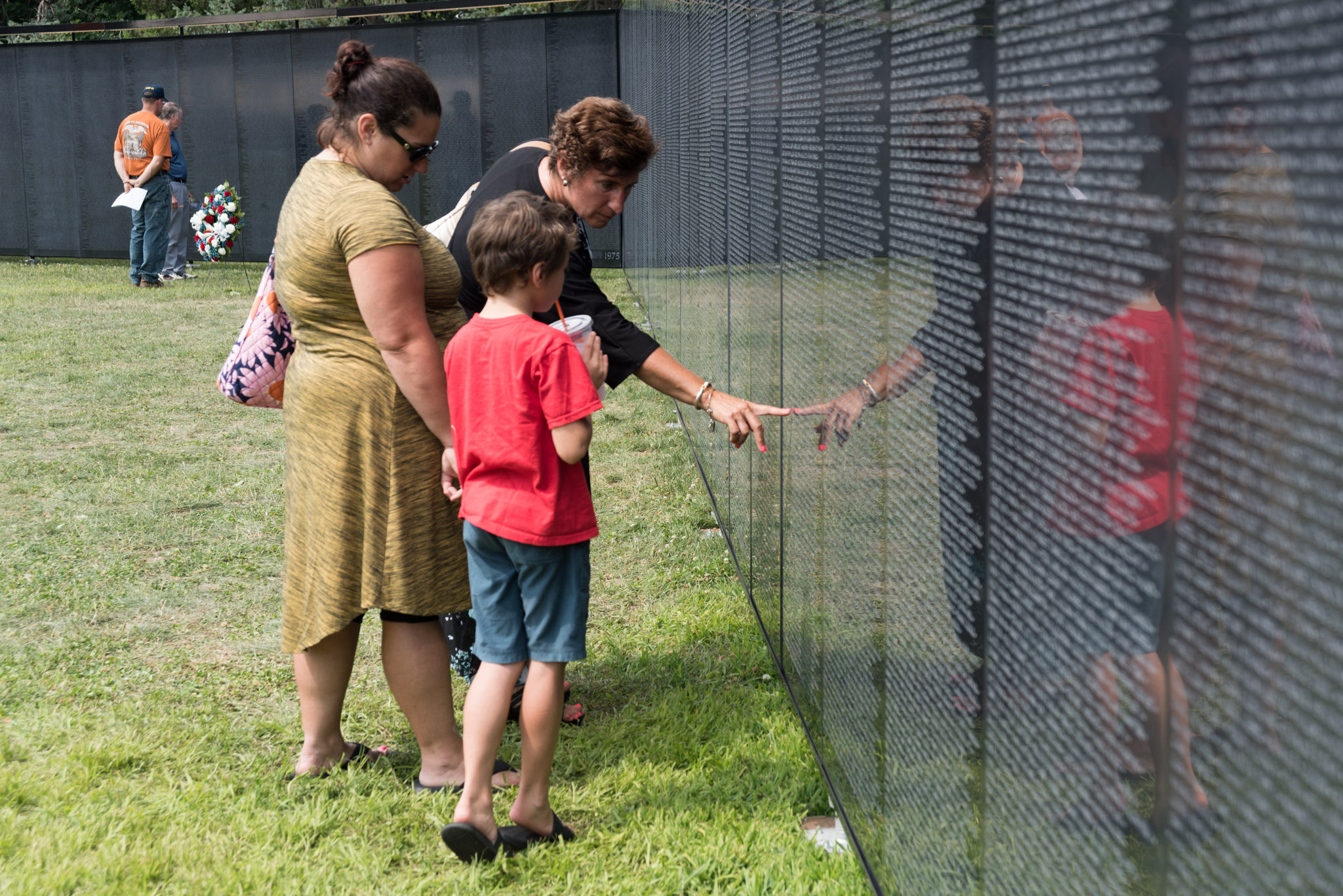 I think it is safe to say that I thrive on storytelling from a personal perspective by creating images that pay tribute to the skill, creativity, and profession of those who work with their hands. Respect and dignity are the two words that come to mind when I photograph someone regardless of their station in life. I hope to change the narrative and depict we are all one.

Recently I am focused on stories that bring us together as a culture and society.

No but I really do need a mentor.

Like many of us, I was given a camera at age 10. It was, and still is, my way to connect to people. One day I woke up to fact that it helped me engage people and opened the door into their lives.

Where has your work been exhibited?

The Vermont Center for Photography in Brattleboro, VT (“Is Photography Enough?”); the Brush Art Gallery in Lowell, MA (“Honoring Our Veterans”); and The Griffin Museum of Photography in Winchester, MA (Ateliers 24 and 26). 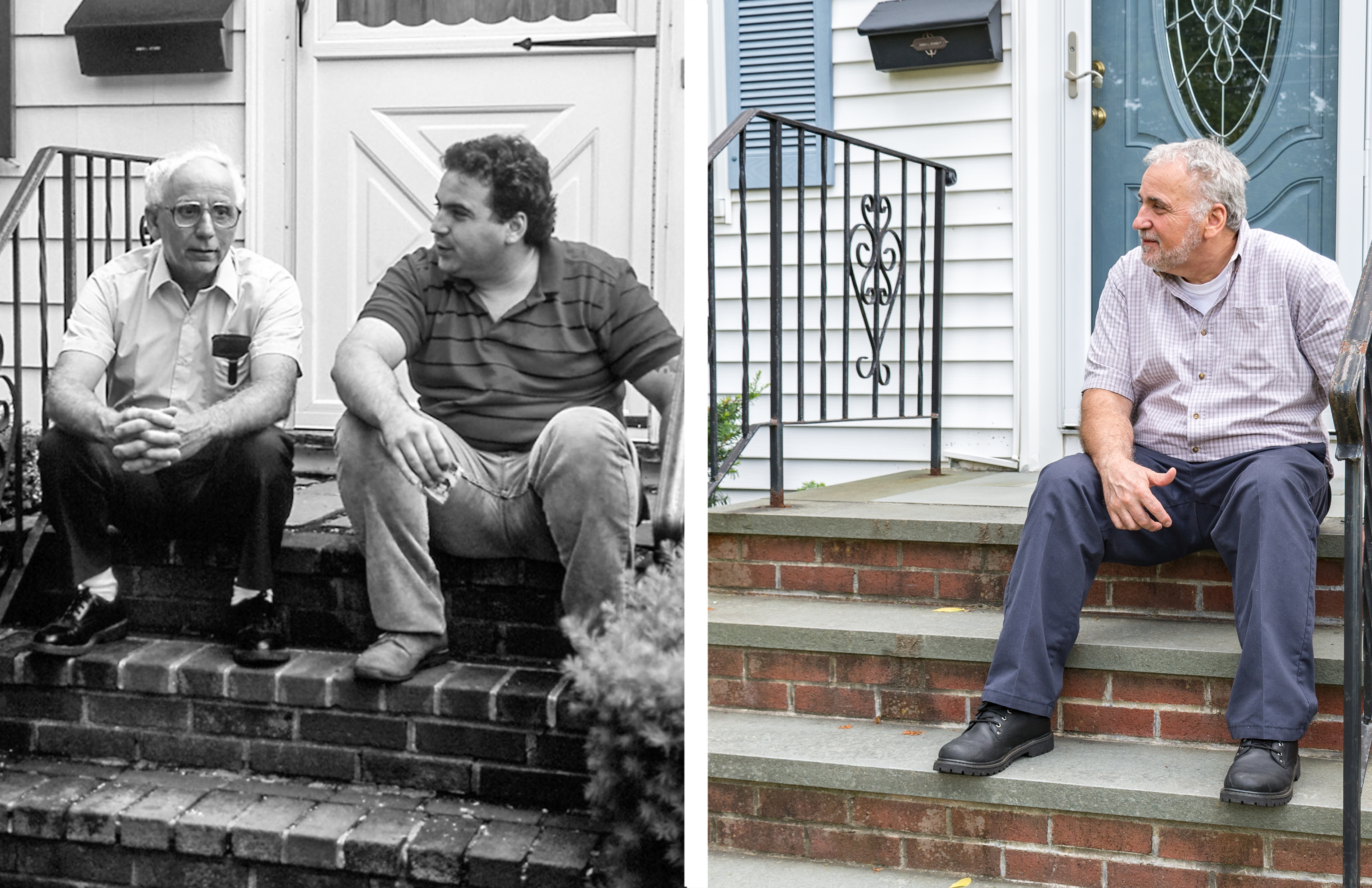